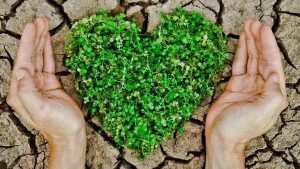 As efforts are mounting towards enhancing adaptation action in the run -up to COP-26 in Glasgow, UK, we the scientific and policy actor fraternity in Africa raise several issues about the approach of the initiatives in lieu of African continent which continuously is characterized as most vulnerable. Through the Africa Research and Impact Network, we request you to join us in signing this petition aimed at raising Africa’s voice around key issues regarding adaptation.

We the undersigned are concerned and raise these issues below;

The drive to set climate  action goals, plans and strategies has gained momentum at global through to local levels in the  last 3 decades.  The momentum for drastic and fast tracked climate action was epitome at the groundbreaking Paris Agreement of 2015. The recent IPCC  WG I report 2021 on physical science basis of climate change is also very clear about the dwindling time window available for humanity to stabilize the climate system and stop  global warming to 1.50 and under 20 C. To this end, nations under UN, regional blocs, countries and various communities shave rallied the scientific knowledge to formulate climate action strategies, plans and collaborate to mobilize funds and technical expertise for accelerated action. There has been a renewed call for climate adaptation to be matched with mitigation in terms of resources, planning and action. The call for climate adaptation which IPCC 2021 notes that it is required in all parts of the globe, has led to new initiatives and institutions to rally the  knowledge, expertise, funds and people to action. This is a welcome trend but caution needs to be taken about the overestimated role of various actors in climate change adaptation. This is true especially on the backdrop of prior scientific and political agendas that separated mitigation and adaptation, the former being a focus for developed economies and the latter the developing economies. Despite the overwhelming evidence as in the IPCC 2021 report, most initiatives hang on the narrative of most vulnerable regions with long lists of requirements including finance, technical expertise, capacity building and ‘solutions’. This narrative misrepresents the reality of adaptation and climate action in general. It is on this premise that we the scientific and policy actor fraternity in Africa raise a number of issues about the approach of the initiatives in lieu of African continent which continuously is characterized as most vulnerable.

Several global climate action initiatives have been established. These include multi-national institutions, political initiatives, grassroots level initiates, research and academic initiatives and cooperate initiatives. These initiates have been established to respond to particular needs whether its lobbying and negotiations, provision of update scientific data, development and implementation of practices or development of and investment in climate mitigation technologies and practices. Depending on the response area of need, each initiative defines the focus and scope of climate action. These actions are either for mitigation or adaptation and sometimes both. Following the momentum at COP15 in Copenhagen, in which there was discussion but no agreement on the timeline for the $100 billion each for climate adaptation in developing countries, there has been calls for 50:50 distribution of climate action funding between mitigation and adaptation. Funds mobilization continues to be through donors, multi-lateral banks and private sector mainly a selection of top international business companies. Some of these include the Adaptation Tracker, Global Adaptation Mapping initiative, ND-GAIN, Countries Vulnerable Forum (CVF), Vulnerable 20 (V20), Global Center on Adaptation, Cooperate Initiative on Climate Action, GroundsWell, Community-based Adaptation, Adaptation Futures, WeAdapt, Locally-led Adaptation initiative and Adaptation Research Alliance to mention but a few. The establishment of these initiatives and institutions is welcome and indeed timely but scrutiny is necessary about possible duplication redundancy and orientation of climate action content. There is a concern about regional focus of most of these initiatives with Africa, South Asia, South East Asia and Southern America being target areas of focus in terms of programming. This comes with unequal relationships with actors from the regions which reinforces the contemporary development approaches. We detail this concern in the subsequent sections of this statement.

Suffice to say that the initiatives have outrightly touted adaptation in Africa but largely fronting finance as the key lever for accelerated adaptation., whereas this is true, there seems little evaluation and understanding of adaption actions, lessons and experiences that have been implemented in Africa for long. The downside of this mismatch is seen in the content of the programs which often have a shot at the outputs of plans by the initiatives and less focus on adaptation outcomes in Africa and where adaptation is most needed. The result has been following a similar path that development aid architecture has taken in the last half a century. This is also associated with development deficit and often a given narrative of Africa leadership when promises of funding are made. It is of serious concern that if these initiatives continue to peddle finances, the likelihood of missing out on the opportunity of delivering the needed adaptation outcomes is high.

Having synthesized documents from a number of the initiatives, it is by no doubt that adaptation has become an ‘expert field’ for the globally labeled institutions who geographical focus (in the  name of prioritization) is Africa. With the expertise touted, Africa is positioned on the receiving end of the knowledge and ‘solutions’ machinery. Yet most of the solutions being justified by the initiatives have been implemented for long in Africa with better understanding and lessons compared to the often less informed ‘experts’ from elsewhere. The notion of capacity building permeates most policy documents and negotiated agreements at global and regional level. This notion is blind of the so many decades of investment in education, research, continuous professional development and the often under looked work of Civil Society Organization on the African continent that have empowered ‘local communities’ in various aspects including adaptation to climate change. Perhaps as an example, there is so much to learn on the part of ‘experts’ to learn from pastoralists in Arid and Semi-Arid Lands about the variable and changing climate that here is for pastoralists from the experts. Similar experiential knowledge on African continent can be visualized from Namibia on water harvesting, to sand-dams in East Africa to water management in Northern Africa. The question here is whose solutions, for whom and why do these ‘solutions’ have to be associated with high transaction costs to the experts with often limited experience and knowledge of Africa who quickly documents the experiential knowledge of Africans documented in so called toolkits’ videos and documents for scaling out?

Who benefits from the initiatives and Architecture

We have noted the unequivocally skewed orientation of the global initiatives towards the private sector as the conveyor for adaptation. It is also noted that many donors are also promoting the private sector in providing leadership for ‘solutions’ delivery and yet it is known from the similar path of multi-lateral development approach that the trickle-down effect does not reach the most in need. There is no guarantee that private sector-led adaptation will reach the most in need. The rationalization of investment risk and return on investment as for the MDBs involved will consolidate the ‘solutions’ approach which tend to convey the one-size fits all and underestimates continental and local expertise hat is critical for adaptation response. Not to mention the budgetary discrepancies between adaptation action versus the transaction costs of the private sector and other ‘expert’ companies that are usually the conduit of implementation of programs drawn by global initiatives mentioned earlier.

COVID-19 has presented unprecedented challenges, and opportune moments for city development. The pandemic has had…